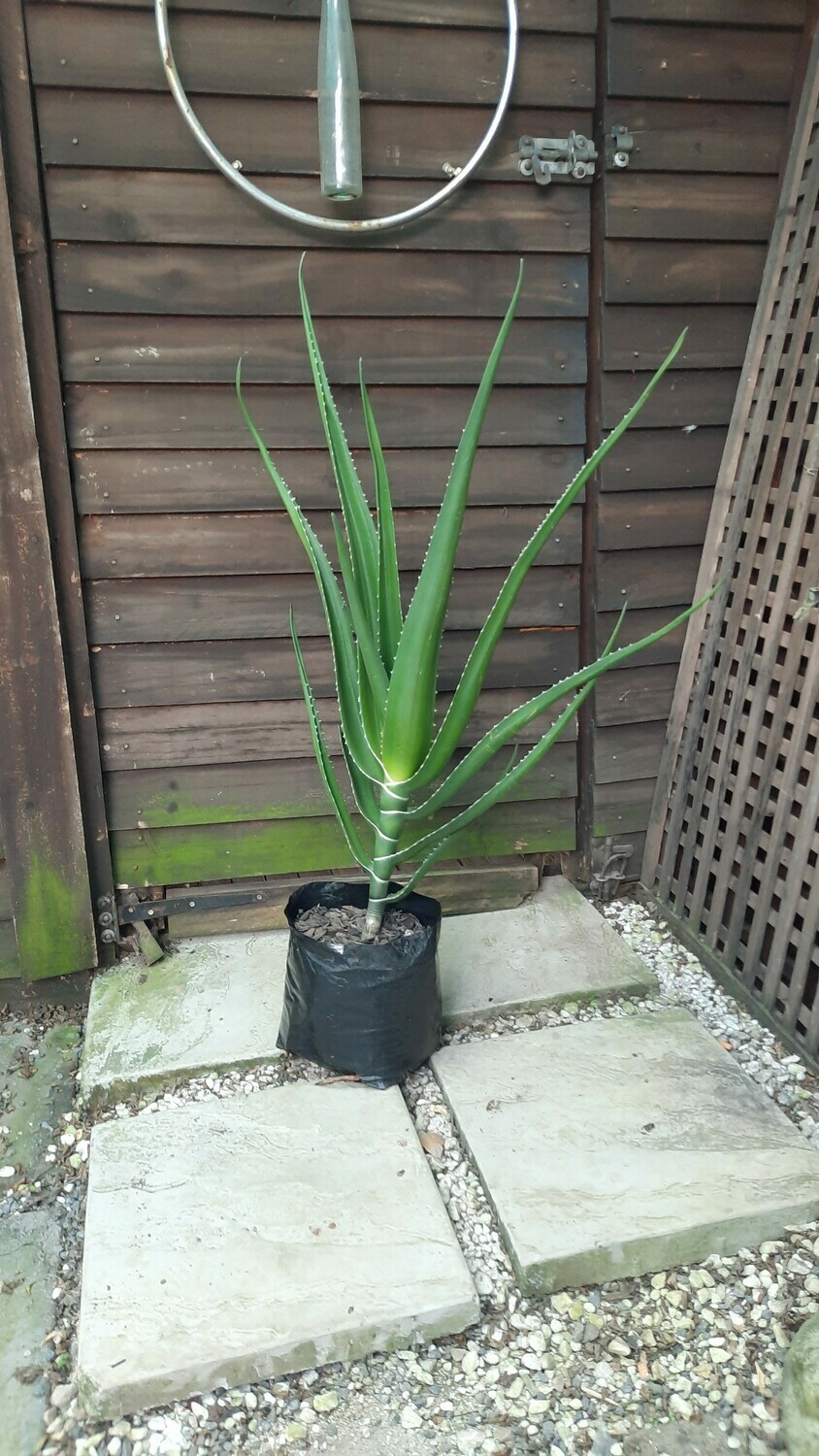 Aloe barberae (syn, Aloe bainesii), also known as the tree aloe, is a species of aloe native to South Africa northwards to Mozambique. In its native climes this slow-growing tree can reach up to 18 m (54 ft) high and 0.9 m (3 ft) in stem diameter. Aloe barberae is Africa's largest aloe. The tree aloe is often used as an ornamental plant. Its tubular flowers are rose pink (green-tipped); it flowers in winter and in its natural environment is pollinated by sunbirds.