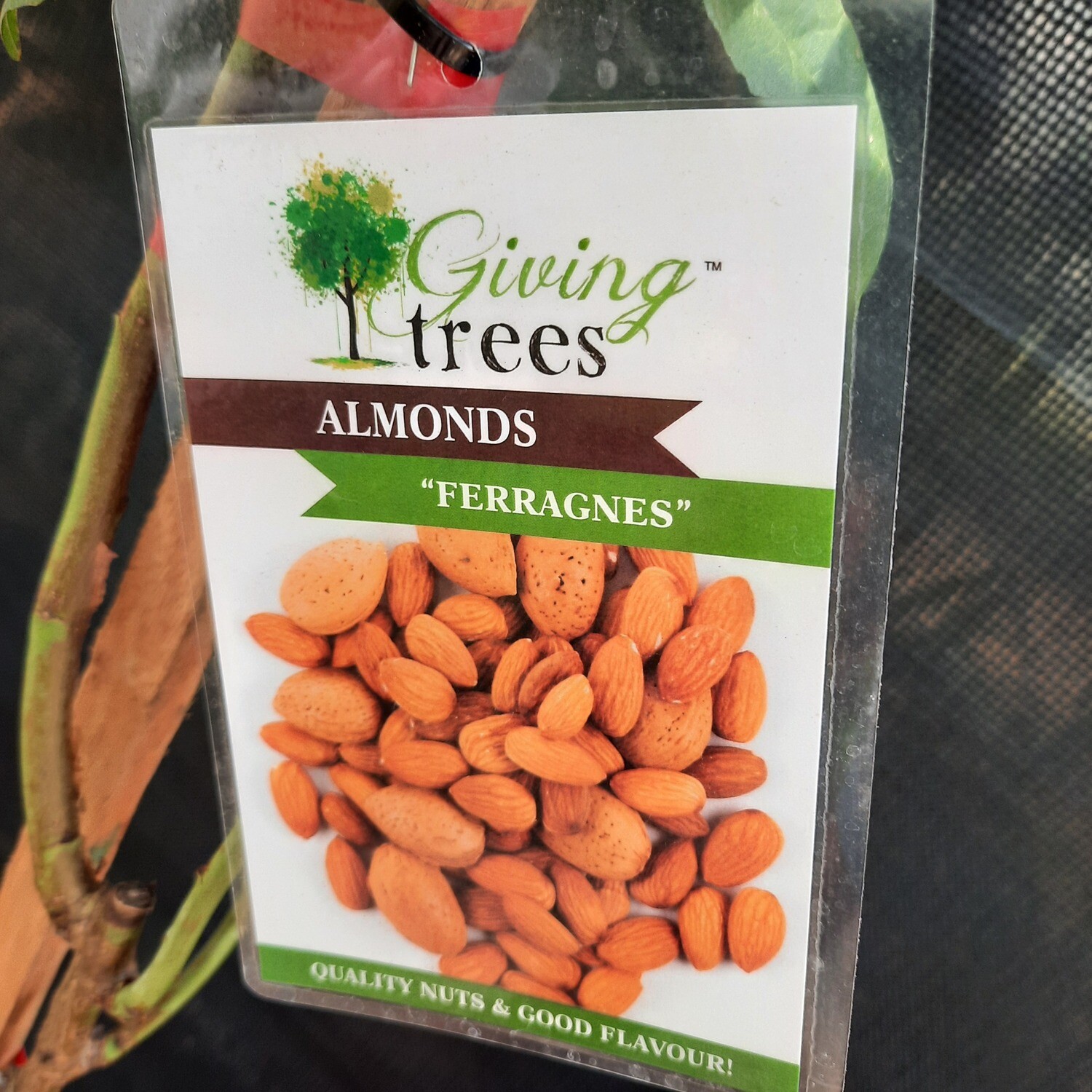 Ferragnes almond is a classic variety and it originates from France.

As a tree, it has semi-open behavior and its growth is considered vigorous.

It is flowering late (compared to older varieties) and is not a self-fertile variety.

Its fruit is elongated-round, large-sized and matures late.

The kernel is semi-hard and the nut to kernel ratio ranges from 35% to 39%. It does not show “double nuts”. Its taste is very good and commercially used mainly for fresh consumption as a snack.