The birch is one of the best-known trees in cultivation today, especially in temperate regions, and is a common feature of forests, woodlands and gardens in Europe and parts of northern Asia. The leaves, bark, and oil extracted from the bark, are used for medicinal and culinary purposes. Sap is collected in spring and is fermented to make beer, wine, spirits and vinegar.

Silver birches are popular as ornamental garden trees, as they don’t grow too big, and under-storey plantings of flowers or lawns thrive beneath their light canopy. Betula pendula is a medium-sized, slender-shaped, deciduous tree with prominent white or silver bark that enhances the beauty of the stems and branches. In spring, bright-green leaves emerge, contrasting strongly with the pale colour of the bark on the limbs of the trees. Individual leaves are smallish, diamond-shaped, and have serrated margins. They turn golden-yellow in early autumn – shedding relatively early compared to most other deciduous trees. Male and female catkins are borne on the same trees in early spring, just before leaf burst. The male catkins are pendent, while the female catkins are shorter and held in an upright position. Seeds disperse in autumn when the leaves drop. Their bare stems and branches add a unique and special dimension to the often stark winter landscape. 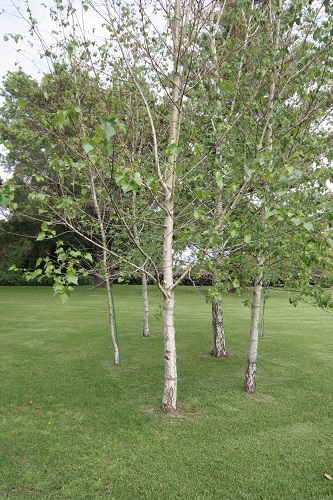 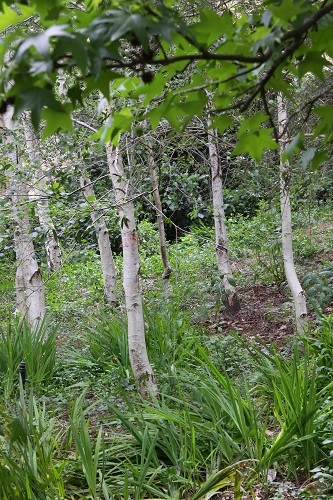