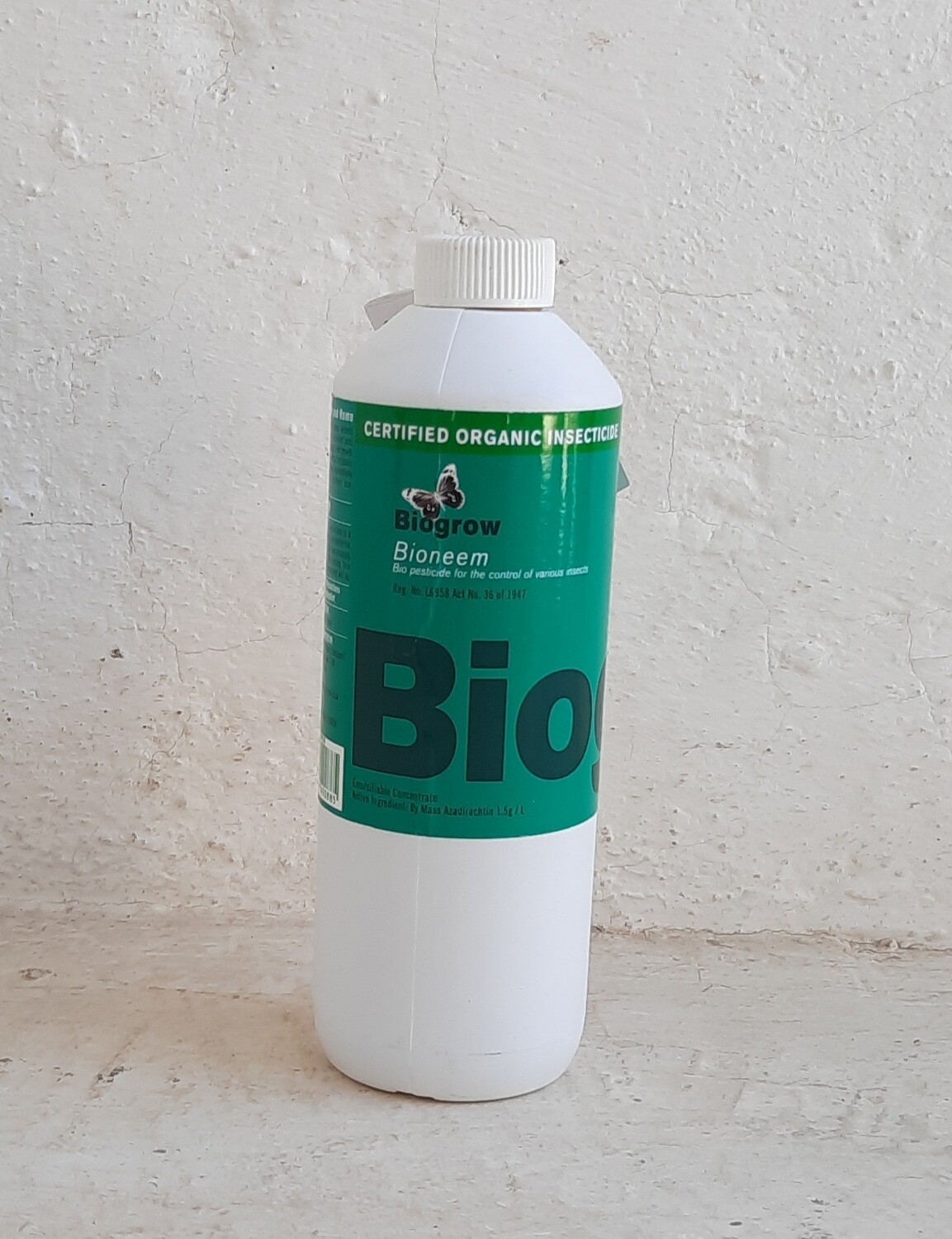 SKU TAL504
R260.00
In stock
1
Product Details
The key insecticidal ingredient found in the neem tree is AZADIRACHTIN, a naturally occurring substance that belongs to an organic molecule class called tetranortriterpenoids.It is structurally similar to insect hormones called ‘ecdysones’ which control the process of metamorphosis as the insects pass from larva to pupa to adult. Metamorphosis requires the careful synchrony of many hormones and other physiological changes to be successful, and azadirachtin is an ‘ecdysone blocker’. It blocks the insect’s production and release of these vital hormones. Insects then will not moult, thus breaking their life cycle.

Azadirachtin also serves as a feeding deterrent for some insects. Depending on the stage of life-cycle, insect death may not occur for several days. However, upon ingestion of minute quantities, insects become quiescent and stop feeding. Residual insecticidal activity is evident for up to seven days or longer, depending on insects and application rate.

Bioneem is used to control a wide range of insects (up to 200 insect types) including white flies, leafminers, mealybug, thrips, fruit flies, leaf hopper, red spider mite, weevils and many more. Azadirachtin is relatively harmless to insects that pollinate crops and trees, such as butterflies, spiders and bees; ladybugs that consume aphids; and wasps that act as a parasite on various crop pests. This is because neem products must be ingested to be effective. Thus, insects that feed on plant tissue succumb, while those that feed on nectar or other insects rarely contact significant concentrations of neem products.

Do not apply in temperatures above 30 degrees C. Bioneem is an emulsifiable concentrate.

APPLICATION RATES: vary between 300 ml – 500 ml per 100 L water, depending on the growth stage of plant and insect pressure.