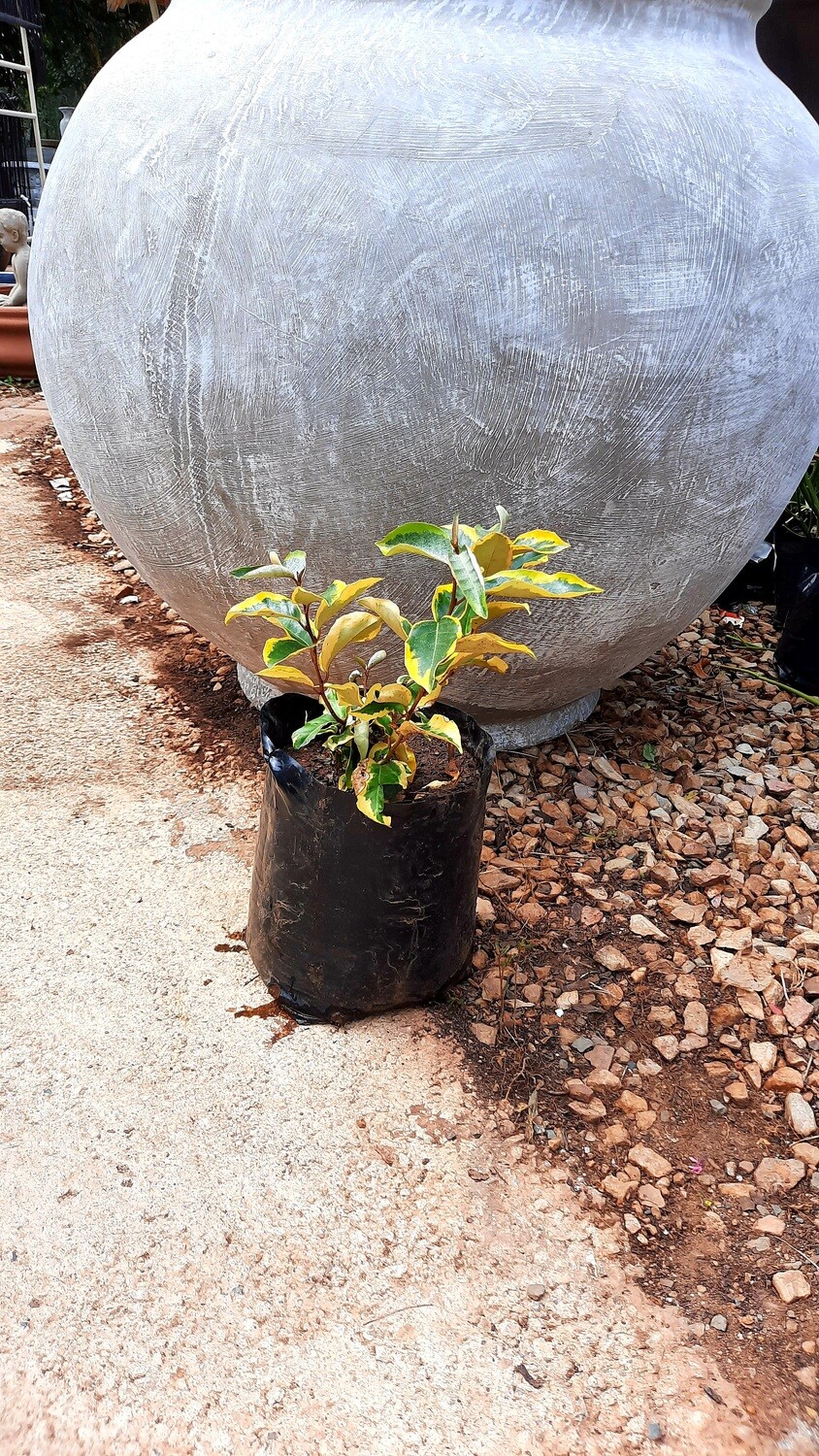 Elaeagnus are tough, cold hardy and extremely adaptable small trees or large shrubs that have become popular garden plants in many regions of the globe. They’re indigenous to Asia, with a few species found in Southern Europe and North America.

Elaeagnus x Ebbingei ‘Gilt Edge’, the cultivar featured in this month’s plant profile, is a hybrid of garden origin. ‘Gilt Edge’ is a shrub that grows three to four metres tall and almost as wide. Dense and bushy from the base, the plants are clothed in robust, leathery leaves with an attractive variegation.

Each leaf is elliptic in shape, grows to 10 cm in length and is rich green with a wide golden-yellow margin. The under surface of the leaves are a distinctive silver shade with prominent rust coloured scales. Tubular, cream or white ‑ flowers, about 10 to 12 mm long, appear from the leaf axils in autumn.

Although rather inconspicuous the flowers are sweetly scented and are often identified by their fragrance rather than seen by the eye. Interestingly, the ‑ flowers are also covered in tiny silver scales, like the underside of the leaves.