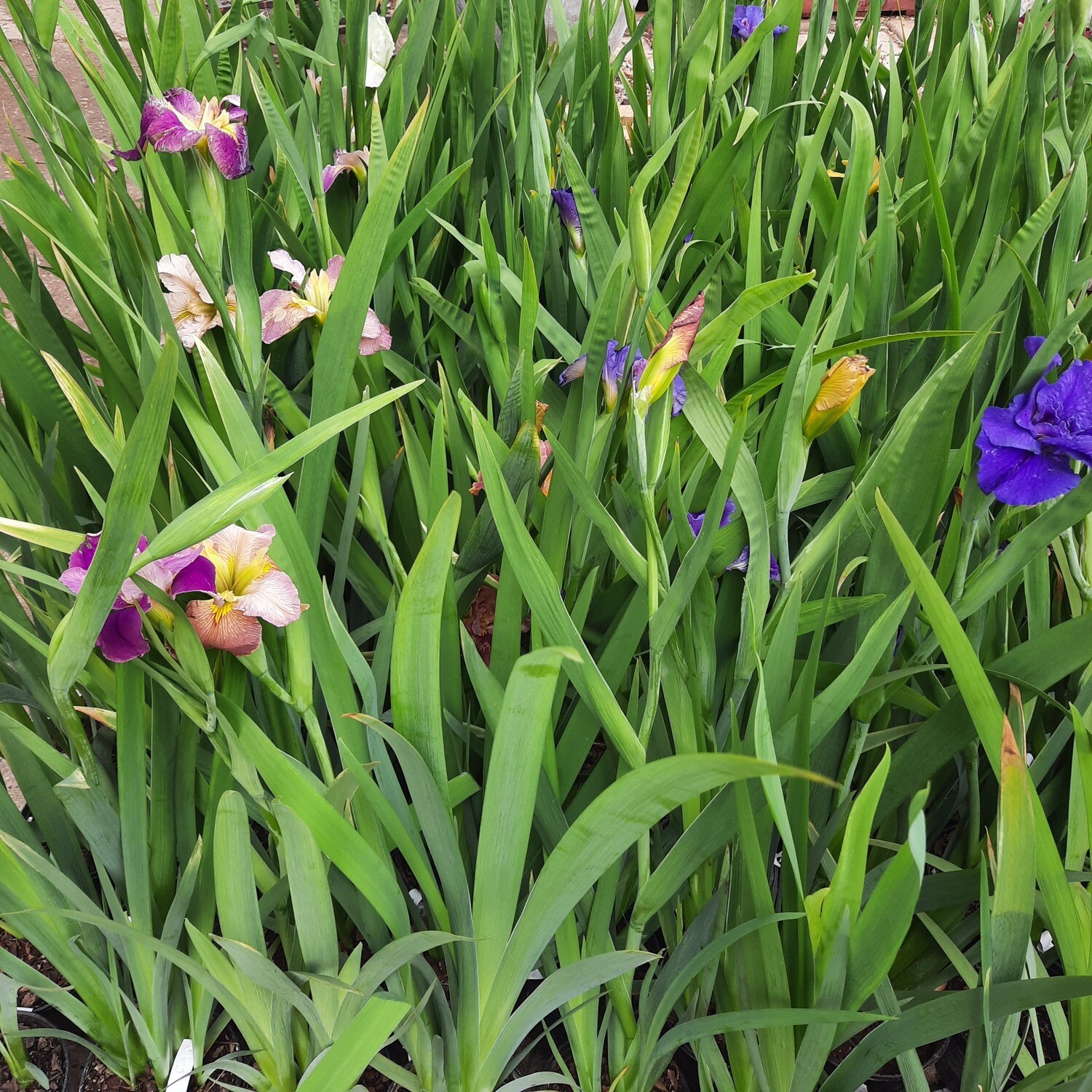 There are some 300 species in the genus Iris. The most familiar irises are the tall bearded irises (Iris germanica) that reach 2 to 3 feet in height.

Irises may be bearded or crested (aka “beardless”). Bearded iris are so-called because they have soft hairs along the center of the falls. In crested iris, the hairs form a comb or ridge instead.