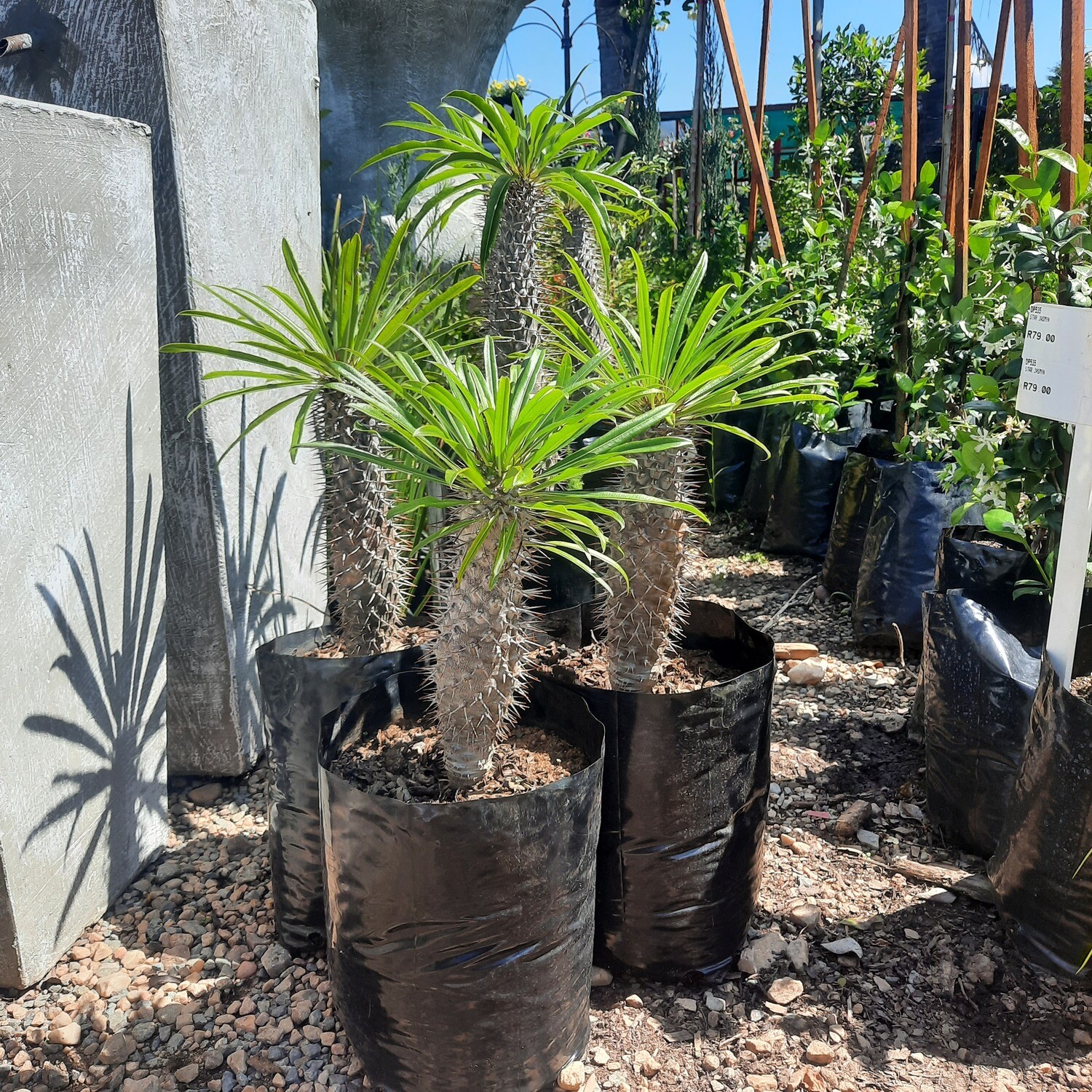 Pachypodium namaquanum, the halfmens (half plant, half human), is a succulent plant that can attain a tree-like appearance when fully grown. The stem height may range between 1.5 and 2.5 m, although 4 and 5 m specimens have been observed. The stems are mostly unbranched and cylindrical but may become branched from near the base and occasionally have a few shorter branches near the apex (tip). Plants are characteristically thickset at their bases, tapering toward the apex, which gives them an unmistakable bottle-like appearance when mature. The stems are covered with warty tubercles (knob-like projections), from which spines protrude in a slightly downward direction. The spines are more abundant along the top half of the plant and decrease towards the base where tubercles are more prominent.